The rarest snake in the world 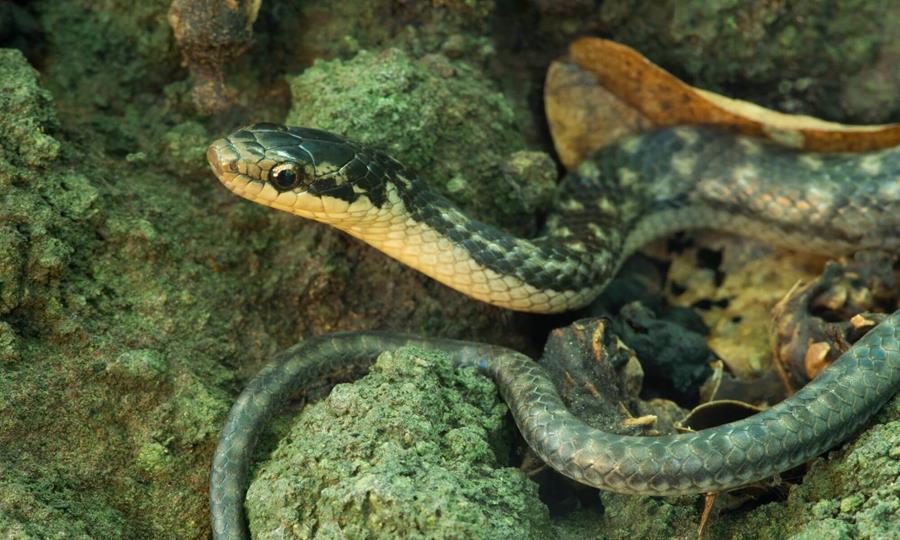 The rarest snake in the world

In many walks of life, rarity can be special, distinctive. The gleam of a precious jewel. A meteor shower. A double rainbow. But not when it comes to conservation.

In the conservation world, rarity is a curse, not a blessing. It’s a title that no creature wants to claim.

Saint Lucia racer snakes were once considered the second most common snake on Saint Lucia, thriving in their thousands for centuries, gliding around their island home in peace and posing no threat to humans. With next to no natural predators, these non-venomous serpents flourished.

But around 100 years ago, this all changed.

Invasive species such as mongooses, rats and opossums started to take over, brought ashore by humans. They rapidly overwhelmed the island and these defenceless, tranquil snakes quickly found that they were no match for the unfamiliar predators. Within a few decades their population was almost obliterated.

There are now thought to be fewer than 20 Saint Lucia racer snakes on the entire planet.

All of these snakes are now confined to the tiny offshore island of Maria Major – there is not a single survivor left on the mainland.

We must intervene to save this species from imminent extinction.

Through your donations, FFI and our partners are starting a ground-breaking captive-breeding programme. We plan to reintroduce captive-bred snakes to new, predator-free sites to help increase the population and bring these snakes one step closer to safety.

Please helps us make a positive difference to this scarce species. With people like you, we can help give this gentle snake a future.

These rare reptiles are in desperate need of your help. If everyone reading this donates just £3, you could help fund the captive-breeding programme that could save this species. Thank you.