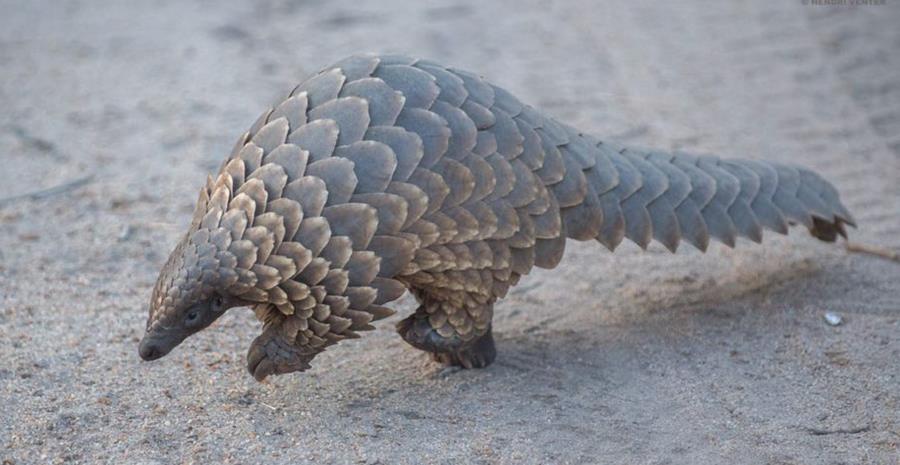 These enchanting animals have been on Earth since the time of the dinosaurs. Throughout those 80 million years they’ve survived by keeping themselves to themselves – harmlessly avoiding confrontation and posing absolutely zero threat to humans or their livelihoods.

But today – in exchange – humans are obliterating them.

A criminal industry on an obscene scale has formed to rip literally millions of pangolins from the wild, slaughter them, traffic them, and profit from selling their meat and pulverising their scales into ‘medicines’ with no proven scientific benefit.

Beyond the killings there are even reports of pangolins being displayed live in cages outside restaurants, or brought terrified to dining tables to prove it’s real pangolin that diners are eating.

Their numbers in the wild have collapsed to such a catastrophic extent that we’re left with a fleeting and one-off window in which to turn this around. Unless we act now, there soon won’t be any pangolin lives left to save.

We need to double down.

So FFI is seriously scaling up its pangolin protection efforts. It’s going to involve the boldest, most significant pangolin project that FFI has embarked on at any time in its 118-year history.

It’s a project that will cover everything from ranger patrols to law enforcement to monitoring known pangolin hotspots using cameras placed in trees.

And that’s why FFI is asking you to donate today and help make it a reality – to help save pangolin lives.

These animals are amazing – there is simply no excuse for the appalling abuse to which they are being subjected. If we act now, we still have time to stop it – to save them – so please, donate now and help save pangolins.

“If you value the natural world – if you think it should be protected for its own sake as well as humanity’s – then please support Fauna & Flora International.”