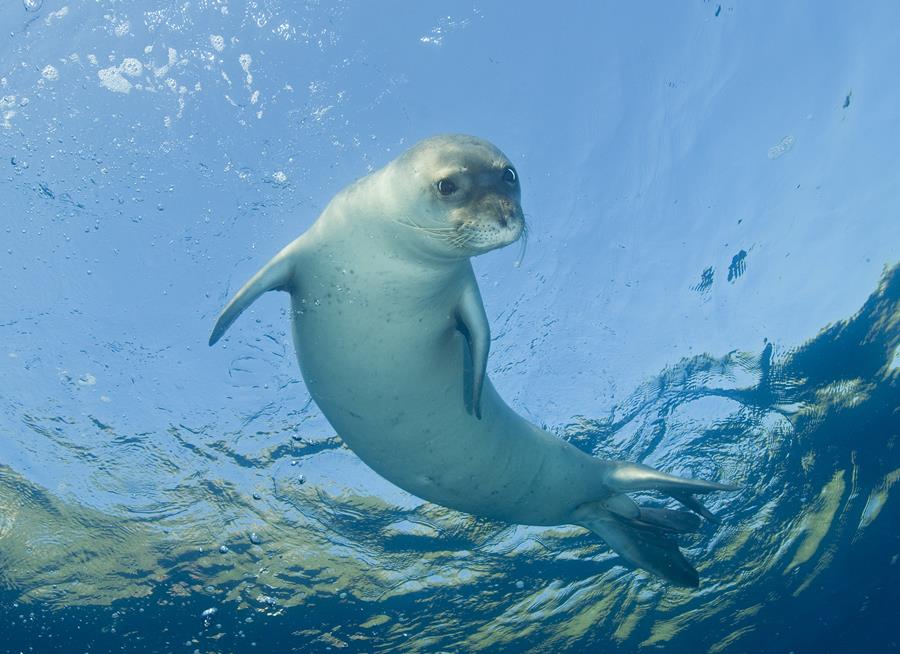 In at the deep end

The ocean – a huge, mesmerising body of saltwater covering over 70% of the Earth’s surface. Home to many astonishing and diverse species, from tiny microscopic plankton to big blue whales.

But I’m here to talk to you about one of the lesser known species – the Mediterranean monk seal.

These aquatic mammals are adorably curious and charismatic creatures. They have lived peacefully in the ocean for millions of years, spending their days exploring and searching for food.

Monk seals are agile and graceful – these mottled grey marine wonderscan swim and dive with ease by the time they are a mere few months old! They are fond of open sandy beaches and, with few natural predators, they generally keep to themselves, safe out of harms way.

That is, until now.

Tragically, in recent years, a barrage of threats has emerged, causing the monk seal population to plummet. Over-fishing has reduced prey availability and increased the chances of monk seals becoming fatally entangled in netting. There has also been increased disturbances at breeding sites and their habitat is deteriorating fast.

These charming, playful seals are disappearing at a devastating rate. There are thought to be fewer than 450 adults left.

We must act now.

Through your donations FFI is carrying out a crucial ocean ranger programme, protecting monk seals through community-led patrols. These patrols tackle illegal fishing and support effective enforcement of existing fisheries legislation in valuable no-take zones, leaving more food for the monk seals and removing many of the dangers from the water.

And the good news is that there are already encouraging signs that this is paying off – there are indications of increased Mediterranean monk seal breeding activity in the stunning Gökova Bay Marine Protected Areain Turkey!

We must keep up this momentum. The conservation of our ocean and the species within it often lags behind land conservation – out of sight, out of mind. But the creatures that live there, including the marvellous monk seals, are some of the most incredible on Earth and we must ensure they are not forgotten.

Please help save Mediterranean monk seals. If everyone reading this donates just £3, you could support vital boat patrols out in the ocean, helping to keep these wonderful seals safe. Thank you.