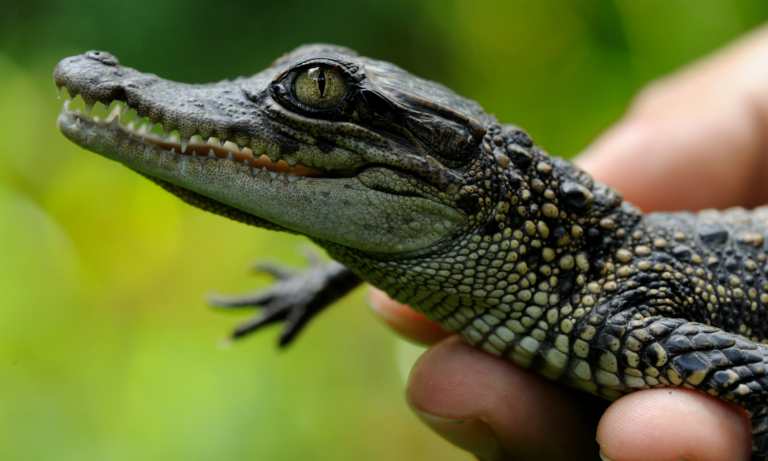 The timeless reptiles running out of time

They are living dinosaurs.

Siamese crocodiles are truly ancient – one of the final living connections we have to our planet’s long-lost past. For millennia, they have kept themselves to themselves and thrived in peaceful isolation.

But their time is almost up.

There are now just a few hundred left.

In an evolutionary blink of an eye these captivating creatures have been systematically slaughtered for their skin and wiped out from 99% of their former range.

They are now one of the world’s rarest reptiles, thought to be extinct until they were rediscovered in Cambodia in 2000.

And despite this terrifying decline, their struggle for survival is scarcely-known.

Siamese crocodiles are skilled natural predators, though their size means that they rarely tackle prey larger than small snakes, frogs and fish. Sadly, instead of being admired for their extraordinary agility and hunting prowess in the same way that we view species like lions and bears, crocodiles are often demonised and misunderstood.

They have faded from public view and been driven to the brink of extinction.

Unless they get help, they won’t survive this crisis. Their ancient history will end now – with us – as a damning example of how humanity valued fancy leather over an entire living species.

But through your donations, we can change that. We can give them a chance.

Through your support we’re carrying out a crucial captive breeding programme in Cambodia and releasing hundreds of Siamese crocodiles into the wild – aiming to double the wild population over the next few years.

We are working closely with local communities to carry out vital research and monitoring, as well as advocating for stricter controls over crocodile farming and trade. Many local communities in Cambodia adore and admire these charismatic creatures, considering them sacred. Now we need to value them too.

That way, we can save Siamese crocodiles before it’s too late. We can stop these so-called living fossils from going the way of the dinosaurs.

Please help save Siamese crocodiles. If everyone reading this donates just £3, you could help fund our crucial captive breeding programme – helping these incredible creatures to thrive in the wild once again. Thank you.